The Minister of Commerce of Cambodia Pan Sorasak stated in his opening remarks that the conference took place at a momentous time as most of ASEAN Member States (AMS) have competition laws in place, whilst Cambodia is in the final phase of developing its own competition law.

He added that the 8th ACC is convened to celebrate the efforts of all AMS in drafting and implementing their competition policy, and provide an opportunity for all AMS to address the potential future challenges and enhance the competition landscape in ASEAN.

Minister Sorasak further reiterated Cambodia’s commitment to enact its competition law by early 2020, following the recent adoption of the e-Commerce and Consumer Protection laws of Cambodia. Together, the laws will play a vital role to support its national trade and promote consumer welfare.

In his remarks, Deputy Secretary-General of ASEAN for Community and Corporate Affairs Michael Tene highlighted, “ASEAN has come a long way since the establishment of the ASEAN Experts Group on Competition (AEGC) in 2007, as a dedicated body to cooperate on competition policies and issues.’’

He added, ‘’the AEGC has made significant stride towards ensuring a more level playing field for businesses by facilitating the enactment and enforcement of competition laws, strengthening the capacity of competition authorities to detect and investigate anti-competitive conducts, and inculcating a fair business competition culture.”

Tene also touched on ASEAN’s commitment towards maintaining a level-playing field for businesses in the region remains steadfast if not strengthened. To date, nine competition laws are in place in ASEAN, four new competition commissions have been set-up, while existing ones have been strengthened and given new mandates since 2015.

Zairan Ishak, Chair of the ASEAN Competition Enforcers Network, stated that the ACC has been a flagship event of the AEGC since it was first convened, having raised public awareness and support for competition policy in ASEAN.

He mentioned that competition law has become even more pertinent with the rise of the digital economy, causing all policy makers to question whether existing competition policy and law is sufficient to deal with such challenges.

The ACC is catered to the differing stages of competition regimes within the region, in particular the young competition authorities with significant political and operational challenges. The topics ranged from competition advocacy, detecting and investigating cartels, managing state-owned enterprise, as well as strengthening regional cooperation and the digital economy.

The conference was co-organised by the ASEAN Secretariat, the AEGC and the Ministry of Commerce of Cambodia, and jointly supported by Deutsche Gesellschaft für Internationale Zusammenarbeit (GIZ) GmbH, and the ASEAN-Australia-New Zealand Free Trade Area Economic Cooperation Support Programme. The 9th ACC is scheduled to be convened in 2021.

The Consumer Protection, Competition, and Fraud Repression Directorate-General (CCF) of Ministry of Commerce’s Cambodia co-organized with OECD and ASEAN Secretariat has organized “The Launching event for OECD Competition Assessment Review of the Logistic Sector in Cambodia and the OEDC Competitive Neutrality Review: Small-Package Delivery Service in Cambodia”. The launching event was taken place through virtual meeting by ZOOM.

Two reports are officially announced under the presidency of H.E Phan Oun, Delegate of the Royal Government of Cambodia in Charge as Director General of the Consumer Protection Competition and Fraud Repression Directorate-General (CCF) of the Ministry of Commerce and a High Representative of H.E Pan Sorasak, Minister of Commerce, with the participation of H.E Tina Redshaw, British Ambassador to Cambodia, representatives from ASEAN Member States, OECD, line ministries and logistics companies in Cambodia.The reports include (1). OECD Competition Assessment Reviews: Logistics sector in Cambodia, and (2). OECD Competitive Neutrality Reviews: Small-package delivery services in Cambodia. The two reports state clearly that pro-competitive policies can help Cambodia’s logistics sector grow and bring about a quicker recovery from the economic impact of the COVID-19 pandemic.

Cambodia’s transportation and storage market represents around 8% of the country’s economy, and was worth USD 2.1 billion in 2019. For logistics to support the economy, further improvement is needed, as the country ranked 98 out of 160 in the World Bank’s Global Logistics Performance Index in the latest survey in 2018. Any of such improvements will have spillover effects onto the wider Cambodian economy.

In 2020, the country’s economy shrunk by about 3% due to the pandemic, with key economic activities such as exports and tourism severely affected by border closures and a decline in trade. Logistics and e-commerce lie at the heart of trade and are significant cost components of commerce.

The recommendations outlined in the OECD reports can help develop pro-competitive regulations. Pro-competitive regulations reduce cost of doing business, allow market entry and encourage both international and domestic investment, drive productivity, and lower prices for producers, distributors, and ultimately, consumers. Given the centrality of logistics services, these recommendations can have knock-on, economy-wide effects and benefits for Cambodia’s consumers.

The report Competition Assessment Reviews: Logistics Sector in Cambodia assesses the impact of regulation on competition in the sector, covering the five main subsectors of the logistics market: freight transportation, including transport by road, railway and maritime; freight forwarding; warehousing; small-package delivery services; and value-added services. Its policy recommendations can help the Cambodian government address structural and regulatory shortcomings in this sector.

The report Competitive Neutrality Reviews: Small-Package Delivery Services in Cambodia identifies regulatory obstacles in the small-package delivery sector, to which changes could be made to foster competition by levelling the playing field between public and private operators. This is especially important for Cambodia, whose significant potential for further development of the e-commerce sector can contribute to the economic growth.

These reports support the continued efforts of the Consumer Protection, Competition, and Fraud Repression (CCF) Directorate-General of the Ministry of Commerce accelerating the law-making process until enactment of the Draft Law on Competition of Cambodia in the near future, as well as for competition principles to be taken into account for policy-making, both vital to making the economy more flexible and resilient amid and following the COVID-19 crisis. These reports are part of the OECD’s Fostering Competition in ASEAN project - a partnership between the OECD and ASEAN with the support of the ASEAN Economic Reform Program under the UK Foreign, Commonwealth & Development Office (UK Government). The project has reviewed regulatory constraints on competition in all ten ASEAN member countries to identify regulations that hinder the efficient functioning of markets, and create a level playing field for business. 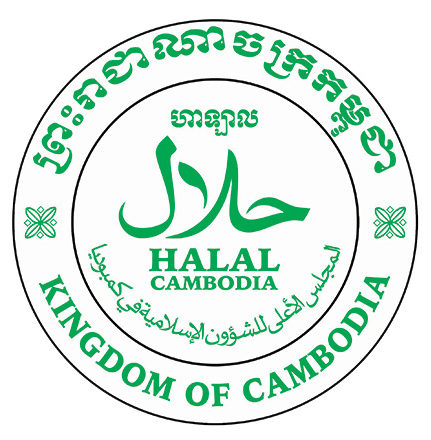